Skip to content
"She's forgetting too much. You need to come."
Sisters Irene Frederick and Louise Williams barely spoke to one another. Their opposite personalities and differing political and religious views had always led to frustrating disagreements, but since the death of their mother, their relationship grew cold.
Irene had given up everything to take care of their aged mother, whose disease robbed her not only her memory, but also her kindness, while freewheeling Louise lived it up in Florida. At their mother's graveside, Irene made one demand. To console her sister and assuage her guilt, Louise agreed to a secret pact sealed with a sister promise. The details stayed hidden in a safety deposit box in Durand, Michigan. 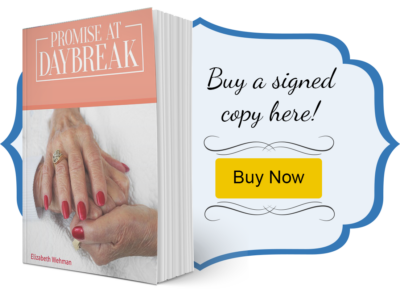 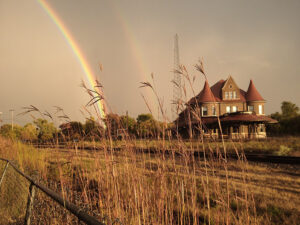 This is the second novel I’ve read by Elizabeth Wehman, and I loved it even more than the first. This book literally made me laugh and made me cry. The mystery steadily builds, and I did not figure it out until it was revealed. The characters are well-developed, and their interactions with one another ring true. Wehman seems to have a knack for creating believable, compelling characters. It’s refreshing to meet Christian characters who are not all goody-goody and preachy, and non-Christian characters who are self-sacrificing and practical. The characters in this book are the kinds of people that I know in real life, which makes the Christian message hit home.
~ Amazon Review

~ Note from Elizabeth~
"Promise at Daybreak was my second idea for a novel highlighting the life of two elderly sisters. The pact they made was inspired by an idea two sisters might have made to help each other through the sadness of old age and the possibilities of needing a retirement home away from each other. I took the love and connection of sisters from various sisterly relationships found between my daughters, my mother and her sisters, and many other similar relationships. I loved the thought of having them contrive something so ridiculous that fulfilling it would not only be a chore, but a final adventure as sisters. I also wanted to delve into the care giving role played by an elderly, older sibling and how that would play out if they'd never gotten along in the past. 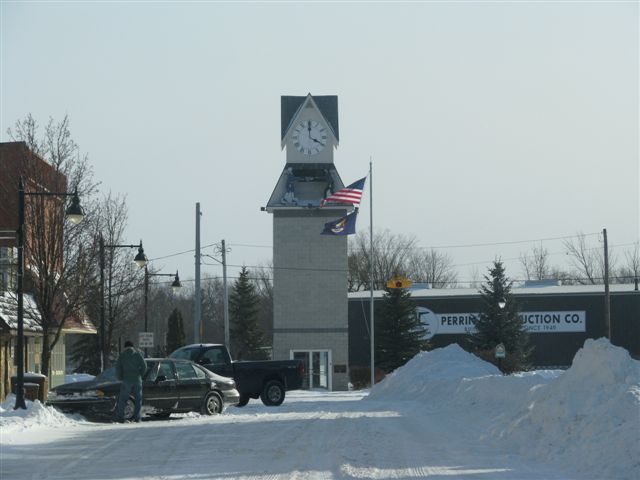 ~About the Setting~
"The setting of Promise at Daybreak is Durand, Michigan, my hometown. Many who live there are my friends and have been my greatest supporters in my writing career. One of  the prominent buildings in my small town is the Durand Union Station. The station was built in 1903 and rebuilt after a massive fire in 1905 and has reigned as "Queen of the Rails" since then. It's Chateau-Romanesque architecture houses archives, photos, and memorabilia regarding the railways through Durand. The structure is listed on the National Register of Historical Places and the Michigan State Register of Historic Sites.
The pink peonies are representative of my Mom and her sister's favorite flowers. They are lining the back cover of Promise at Daybreak. My Mom and her sister used to pick and deliver them to each other on their wedding anniversaries which were both in June. It was a tradition for them and each would love the offer of congratulations on another milestone anniversary."