If there is one thing you need to know about me it's this ~ I love to make new friends. Whatever brings you to my website today...I hope you are encouraged and blessed. You'll find lots of great information about my novels and a chance to get to know me a little better. 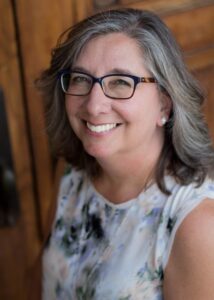 Elizabeth Wehman fell in love with words and books in first grade. Living in rural mid-Michigan, her experiences there have created inspirational settings for her writings. After college she pursued periodical writing and also began a career as a journalist. In the next sixteen years in the newspaper business, she began as a proofreader and rose through the ranks to editor. In 2014, she published her first novel, Under the Windowsill and has continued to publish further inspirational fiction: Promise at Daybreak in 2015, Just a Train Ride in 2017, Mere Reflection in 2019, The Year the Stars Fell in 2020, Crooked Paths Straight in 2021 and Shallow Roots in 2022. She is also the President/Founder of Shiawassee Area Writers with a membership of 30 writers and has helped edit and publish four anthologies, now almost five, highlighting the writings of SAW members