Skip to content
Prompted by her boyfriend’s ultimatum, Blaine Taylor boarded a train to escape. The friendship she made that day led her to a job she could have never imagined. As Callie Reynold’s caregiver, Blaine came to see the meaning of life from a ninety-year-old’s perspective.
Mason McAnder wanted only to become acquainted with his nana’s new employee, yet he realized that Blaine needed more than a typical dating relationship. She needed to see a love that far exceeded that which any man could give her.
Blaine’s greatest test was to endure one of life’s devastating tragedies and to know that God’s love holds up even under the worst circumstances.
By spending Christmas with the McAnder family, Blaine began to see how baking holiday cookies, buying heartfelt gifts, and even putting together a puzzle, all came under the umbrella of celebrating Christ’s birth. As a tiny seed of hope sprouted, Blaine realized her life did matter. Could she face her past mistakes and move on? It wouldn’t be easy, but nothing had ever come uncomplicated or painless for Blaine. 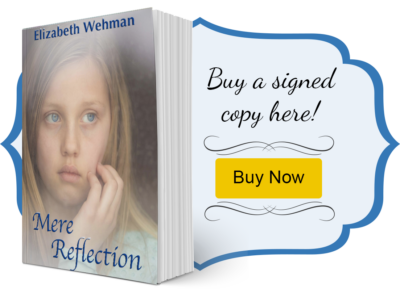 “Mere Reflection is a page turner. I couldn't stop reading it. Each page left me wanting to know more about Blaine's secrets, Mason's feelings for Blaine, and of course, Callie. Sweet Callie. The grandmother we all had or wish we did. Callie's faith is unwavering. This novel reminds us 'Nothing He does is a mistake.' You will feel hope, joy, love, loss and the strength of an old woman with God by her side as she helps Blaine realize she is precious in His sight. Highly recommended.”
~ Laurie Hendershot 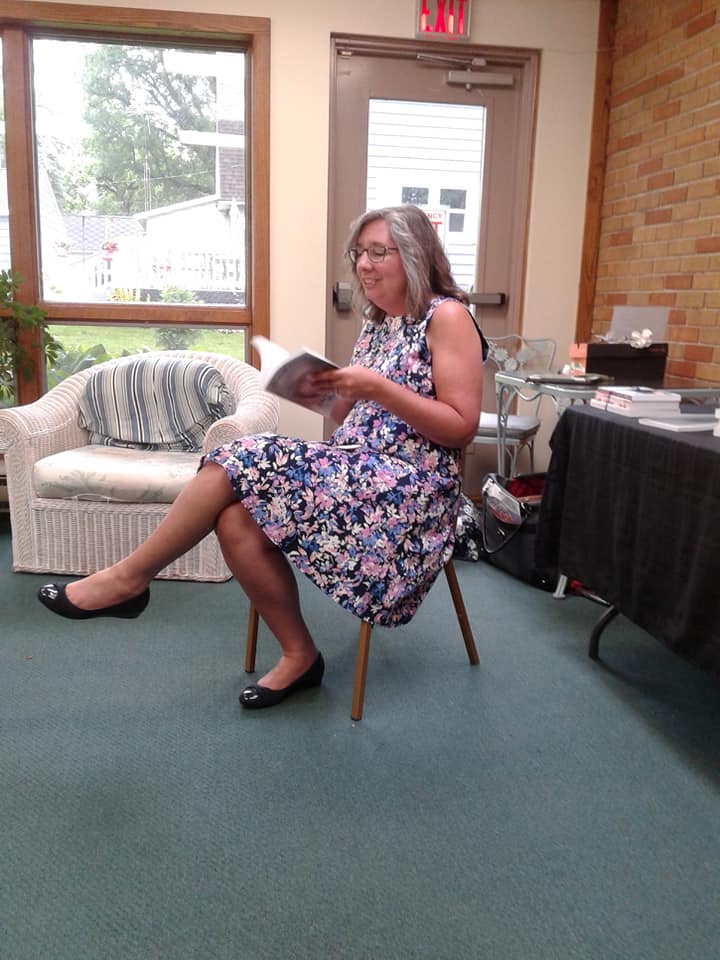 ~Note about Mere~
Mere Reflection came as a surprise to Elizabeth. She thought Just a Train Ride would be a stand-alone, but so many readers clamored for a sequel, Elizabeth decided to give it a try...thus started the inception of Mere Reflection. The sequel depicts the story of Blaine, the young woman on the train in Just a Train Ride and her life's story. This novel was a particularly hard one to write for Elizabeth. She needed to figure out more about the young woman and find out what made her make the decisions she did in Just a Train Ride.
Much of the story is not based on anything Elizabeth has experienced in her own life making this book the hardest one to write yet. For Elizabeth, what began as a large challenge soon had events follow, in her own life, that helped her form the person of Blaine. It was also the one book where she could help God to shine His brightest!

~Note from Elizabeth~
"The young girl, on the front cover, represents the lonely, solitary life of an ignored child. It depicts a young life full of pain, heartache, and sadness. So many have a similar childhood, strewn with nothing but homelessness and loss. Yet, as an adult, an elderly woman on a train senses a young woman's need and does her best to help the young woman get her life on a better path.
Through the help of a hometown Christmas, Blaine sees how a loving home and family can make life not only bearable but hopeful."